Maintaining Decks and Keeping Them Clean

Cleaning deck wood is obviously going to be important eventually. People might not clean their decks as often as they will clean various parts of their house, but these household features will accumulate debris at an even faster rate because they’re located outdoors. Getting decks clean before a barbecue can be challenging without the right cleaners. 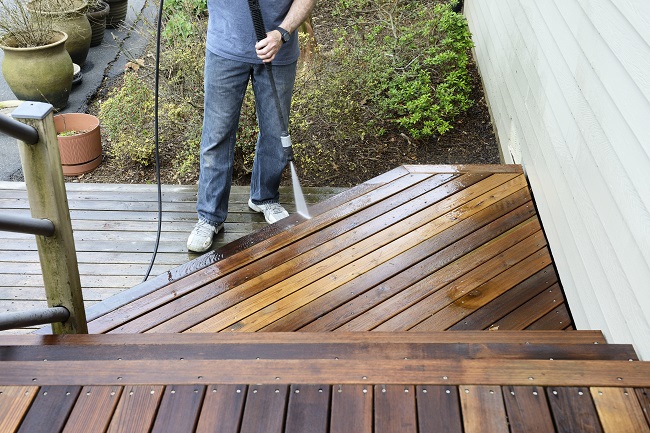 When it comes to cleaning deck wood, getting rid of the debris has to be the first step. It’s very easy for dirt, leaves, pine needles, twigs, and a lot of forms of detritus to get trapped in the areas between the boards. If people don’t get rid of the debris, it can actually rot, and this can eventually cause the deck wood to rot as well.

Using the right deck cleaner can help people preserve their decks in the first place. Once all of the large and solid physical debris is cleared away, people can start using an effective deck cleaner to get the deck wood cleaned.

Many people will be surprised by the results afterwards. In some cases, people will be under the impression that a deck is old and needs to be updated when it really just needs to be cleaned. People who don’t clean their decks will need to get them replaced much more often than the people who are careful to keep their decks cleaned.

Decks that are very dirty and neglected don’t just look older than the clean ones. They might genuinely be older in a certain sense, since the aging of decks is a matter of the amount of damage accumulated and not just a question of time.

Scroll back to top